Showing Ninjectory at the Pacific Science Center, a sort of post mortem.

The Seattle Indie group reached out and I got to show my game at the Pacific Science Center.  I figured I would post a few pictures from the event and then sort of do a postmortem of my attendance of the even itself.

We were the first to set up, so we got a table right by the door. 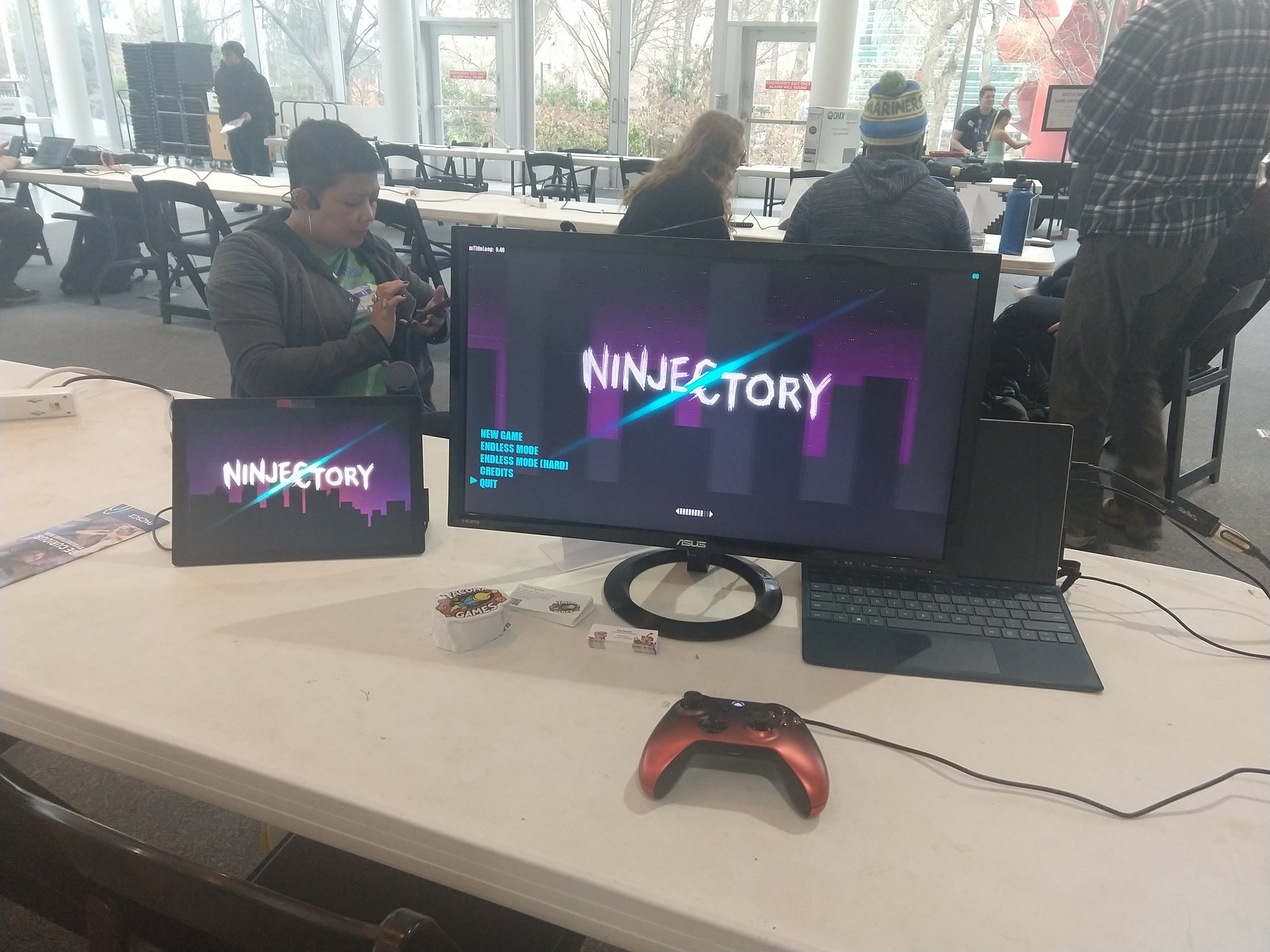 This was probably my youngest player of the day.  Don't worry, his Dad said it was alright to post the picture on the internet. 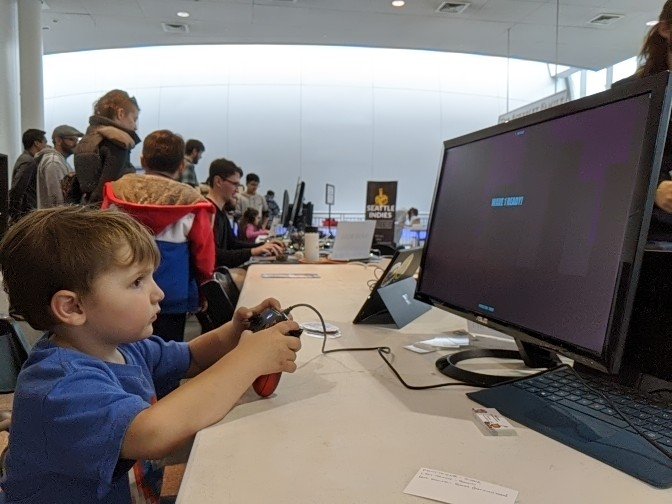 Here's just a few of somebody playing the game and me sort of glowering over them.  I don't get too many opportunities to directly watch people play my games so apparently I can look a little intense while observing. 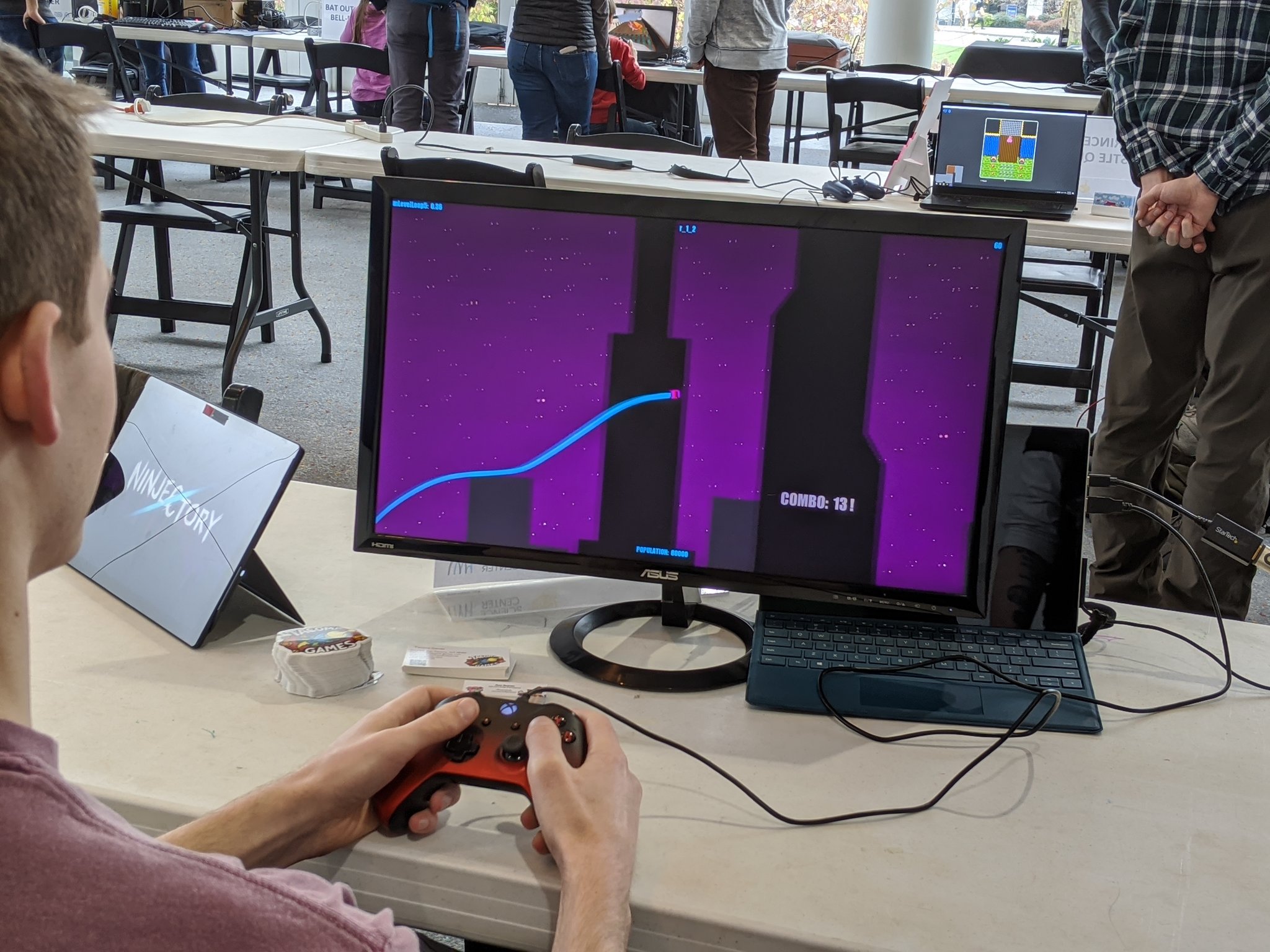 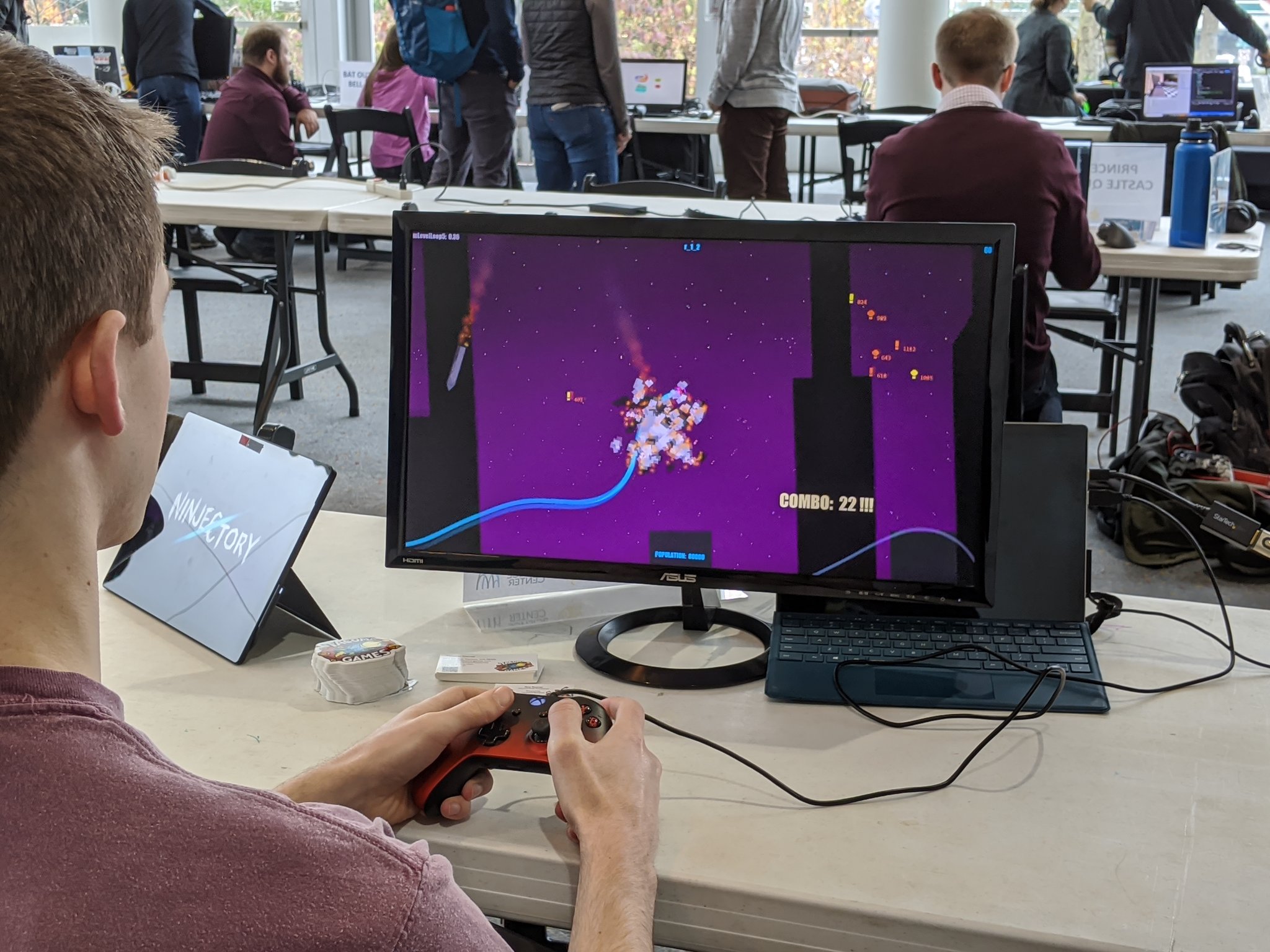 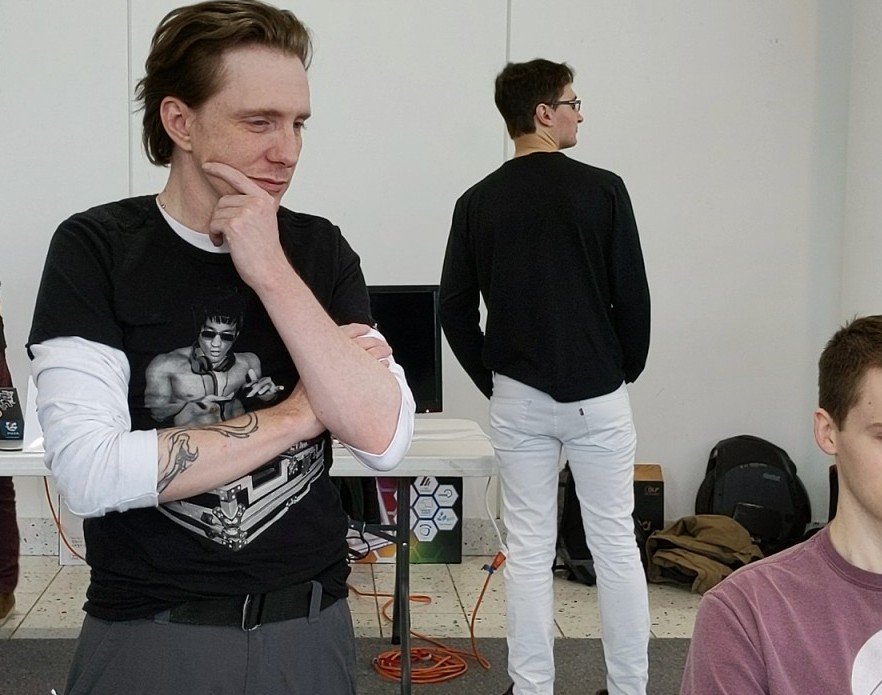 And yes, I impulse bought that shirt because I saw Tony Stark wearing it.  I'll admit to that.

Alright, so.  Let's talk about this.

Let's start with what went wrong.

This isn't really a thing that went wrong or right.  In fact it did go right, but just something to be prepared for.

If you bring stickers to an event, some kid is definitely going to put one where it doesn't belong.  Stick it on a random table, stick it to a chair, stick it to a monitor.  Whatever.

Now I'm not saying you shouldn't bring stickers.  You should bring stickers, people love stickers, you should just be prepared to peel them off of whatever you find them on.  If you get at them fast enough they'll come right off without much residue.

First and foremost, I've never shown a game in public before.  Ever.  I wont get too into it, but I had a pretty toxic partnership in the past and ever since it sort of put me into game-dev-hermit mode.  I've got dozens of prototypes and proofs of concept sitting in my hard drive, but I've really been afraid to share my projects or put myself out there after a previous, very public failure.

So this is my first time really sharing a game in public in like 5 years.  Not just showing it at the Pacific Science Center, but showing it at all.  Tweets, having an itch page.  Anything.

This was a really big move on my part, and, I'm proud of myself.

Oh, also, I got to meet the guy who did Hero Tactics.  He was the one running the event, so that was a fun little chance encounter seeing as I had just finished a Let's Play of his game.

That's about it.  Bring snacks, bring food and water, bring a friend or loved one to help you showcase the game, mingle, meet people... Just be prepared.

NINJA with JETPACK is the only one who can save the world from MISSILES.

Great write-up, thanks for joining us! Hope to see you and the game at future events, we'll be having another show & tell event in February after Global Game Jam at Pacific Science Center again.